the magic of "space" 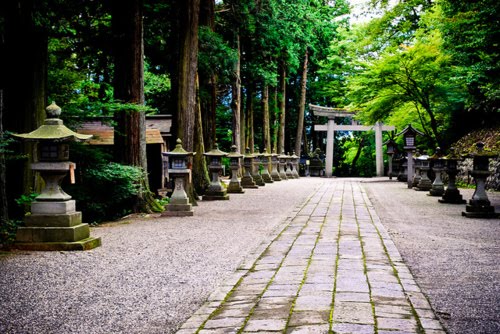 This picture of a Shinto shrine reminds me of a passage from Ashin’s book “Escape to Japan” — architecture and space from the point of view of an interior designs major. I really think this was the main reason why for a while, I wanted to become an interior designer or architect…until I realized that I didn’t have an art portfolio or the necessary math/physics skills required for those majors. Haha :P

I once asked my Fundamental Designs Professor Guan Hua from freshman year of college, “Can space really change a person?” I remember at the time, Professor Guan Hua, who has deeply influenced me, did not answer my question. Rather, he just smiled and asked, “What do you think?” Not until the end of my first trip to Japan did I firmly discover that “space” can not only can change a person, it can change a group of people. An entire generation of people, an entire country of people.

Perhaps you think what I’m saying is very exaggerated, because I think it’s quite exaggerated as well, ha. However, when I first realized that I had been inadvertently influenced by “space,” and that my behavioral patterns were changed, I suddenly discovered: this is indeed possible!

The first time that I discovered this was at Meiji Shrine. From the loud and lively Shutoko Yoyogi Entrance Ramp, I headed towards a worshiping path into the depth. This road was very long, and there wasn’t much scenery either. In the morning, everyone was at first very excited, and the excitement was coupled with the sound of the gravel made by our footsteps.

Rustle rustle rustle, the sound of walking on the pebbles was truly pleasant, but soon it got pretty loud. After a while, it wasn’t that special anymore.

The closer we got to the depths of the Shrine, the more towering the trees became, and the more tranquil the atmosphere was. Once in a while, a crow would fly by, leaving a few boundless cries.

“The rustling sound of the pebbles stopped?” Eh? I turned my attention back and discovered that tranquility had enveloped us, and our feet no longer produced the rustling sounds.

The gravel underneath our feet still led us into the endless depths. The stones were spread on the path, beneath each step we took. Yet during this long walk, every single person unconsciously lightened their footsteps so that their stepping feet could be graceful, emanating the smallest volume possible.

Hence, I observed my classmates and noticed that each person’s footstep, walking posture, and facial expression were all changed.

A walk of less than twenty minutes changed us from a flock of overly excited and loudly rustling little bastards, into a group of quiet, respectful, and lithe pilgrims.

Space, it truly did it!